Projects
//Summer of Gaming//Best of 20XX

With an audience reach of 238 million in US & Canada alone, IGN is the world leader in games and entertainment media. Every year IGN staff prepare and produce O&O coverage around events like E3, San Diego Comic Con, Gamescom, and more. Our design team plays an integral role in the branding of events, with each coming year sporting a unique look and feel.

As a brand designer, I work closely with our senior designer, editorial art team, and engineering team to breath life into our yearly events. I have assisted and lead the design and execution of every major event since the start of my time at IGN. From ideation to physical award design, I have a hand in every step of an event's lifecycle.

Summer of Gaming is a global, digital event that was born from E3, one of the biggest gaming and electronics conventions, being cancelled because of the pandemic. Collaborating with developers like SEGA, Amazon, Blizzard, and more, it included editorial coverage of the work they were doing from around the world. This was an exciting opportunity for my team and I to set the tone of what the first ever at-home gaming event would look like.

I worked collaboratively with the design team and motion designer to define S.O.G.'s artistic direction and branding. I created assets that would be used to bridge segments of coverage from all around the world, including one of my favorite projects to date, the Summer of Gaming overworld map!

How do you make an at-home event feel globally immersive? 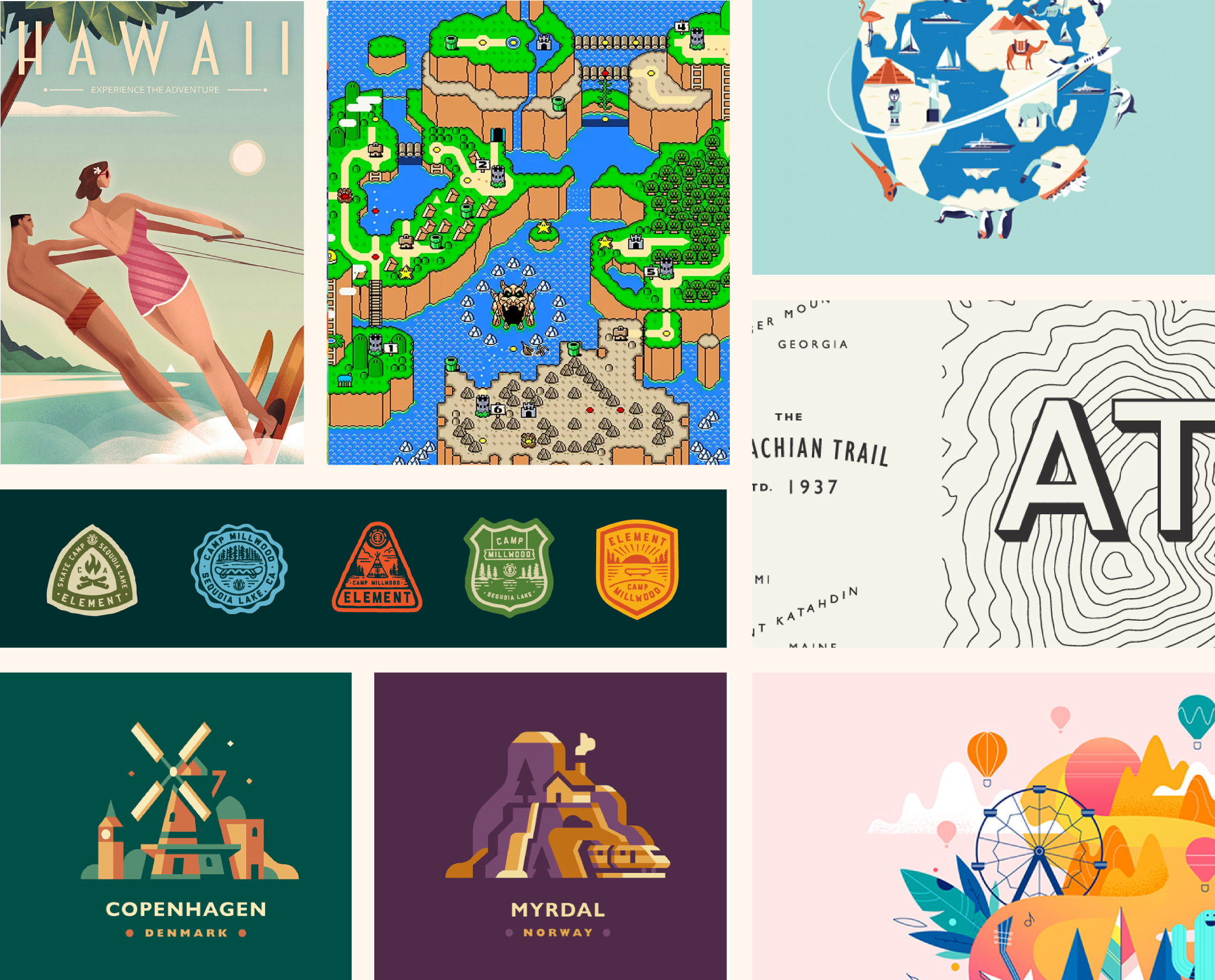 Way-finding ephemera like maps and postcards guide us to new places and help us stay connected to one another. With the whole industry from home, we wanted to showcase the different global locations of our collaborating developers. The line-up included 60+ different developers, publishers, and exhibitors spread out across the world. 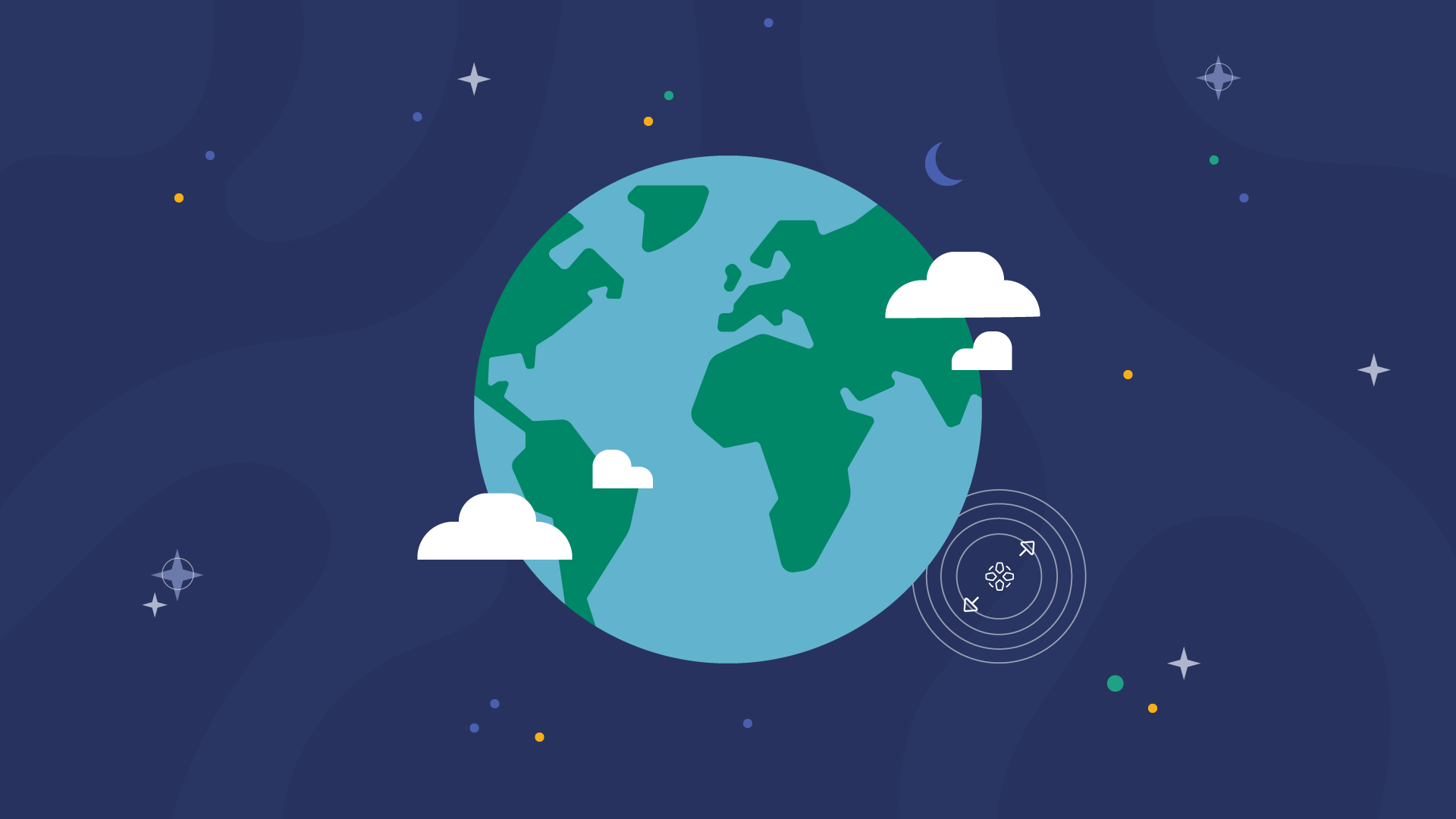 My goal was to create an overworld map, so I created storyboards to help our motion designer visualize the concept. I wanted to represent the different partners by their respective real-world city landmarks. I initially designed a globe that the viewers could fly around visiting city to city. At the beginning of the project, we had about 20 collaborators. As this number grew, it became impractical to illustrate every landmark. The difficulty was compounded by the short lead time we were given to prepare everything. So how could I find a way to fairly represent our 60+ partners in a fun and engaging way? 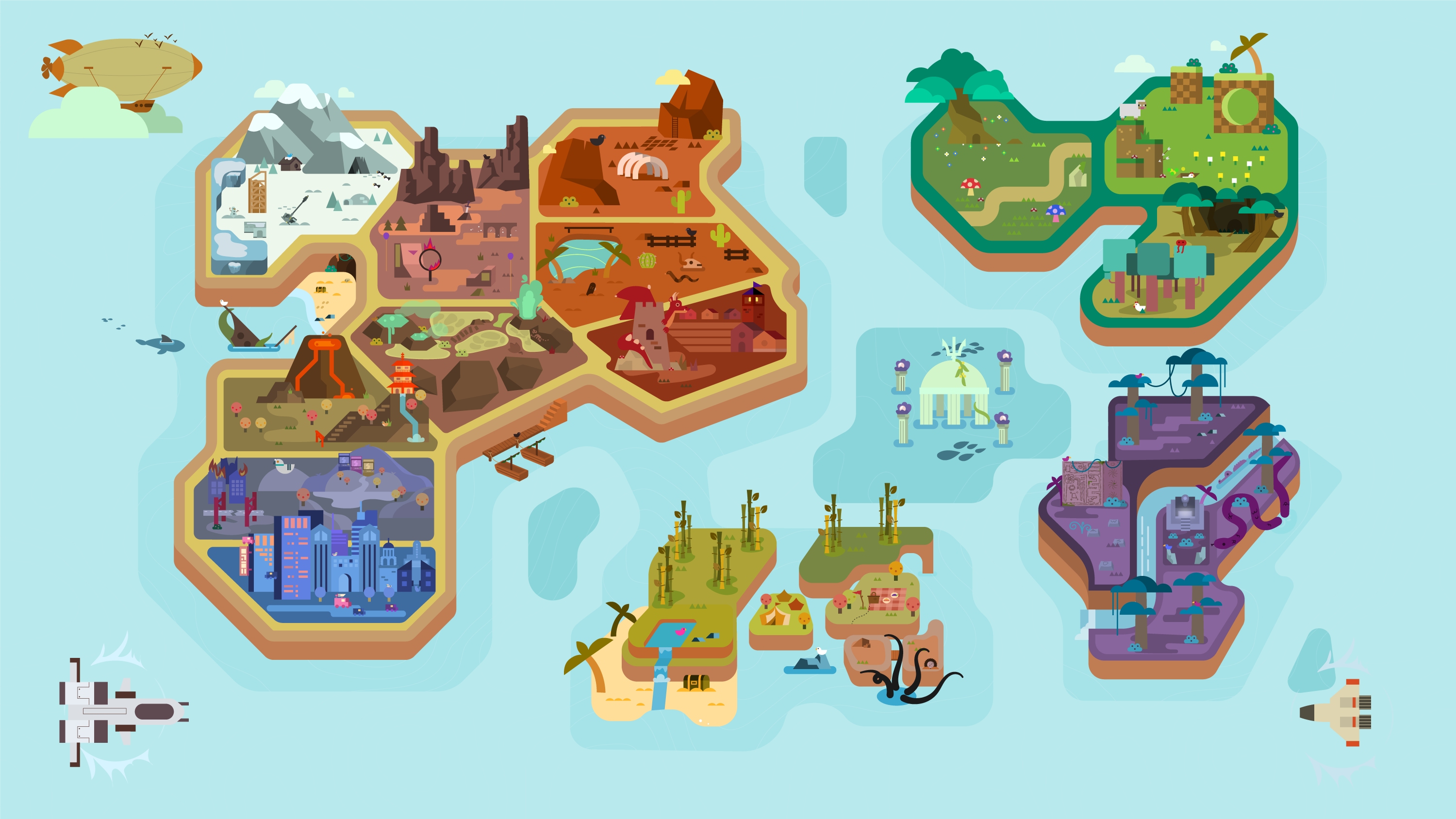 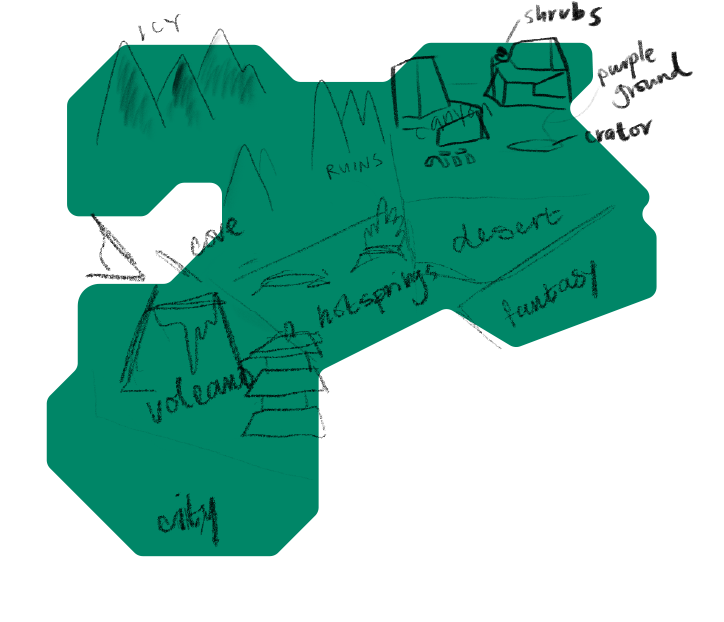 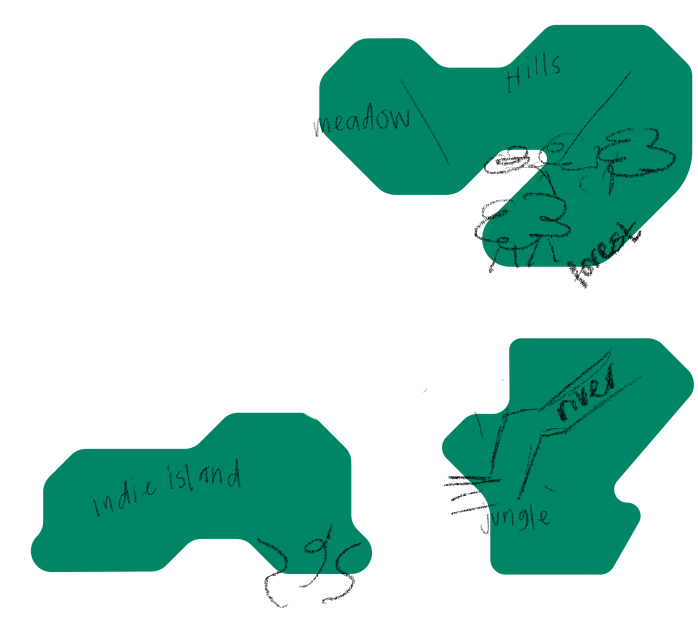 As the list of partners grew, the map began to populate itself. Having fictional landforms meant that I could add islands and essentially terraform to my heart's content. I used procreate to plan out and section off plots of land to make sure the biomes had clear borders. 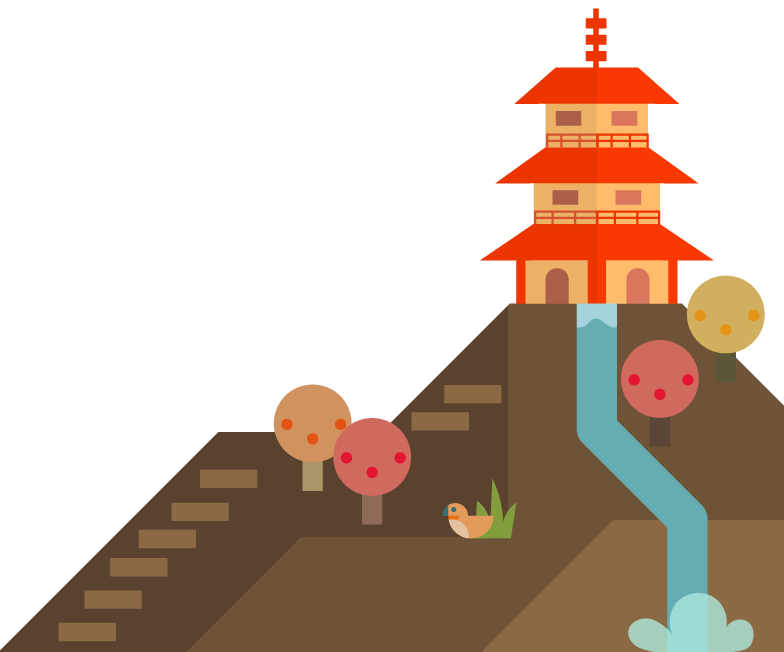 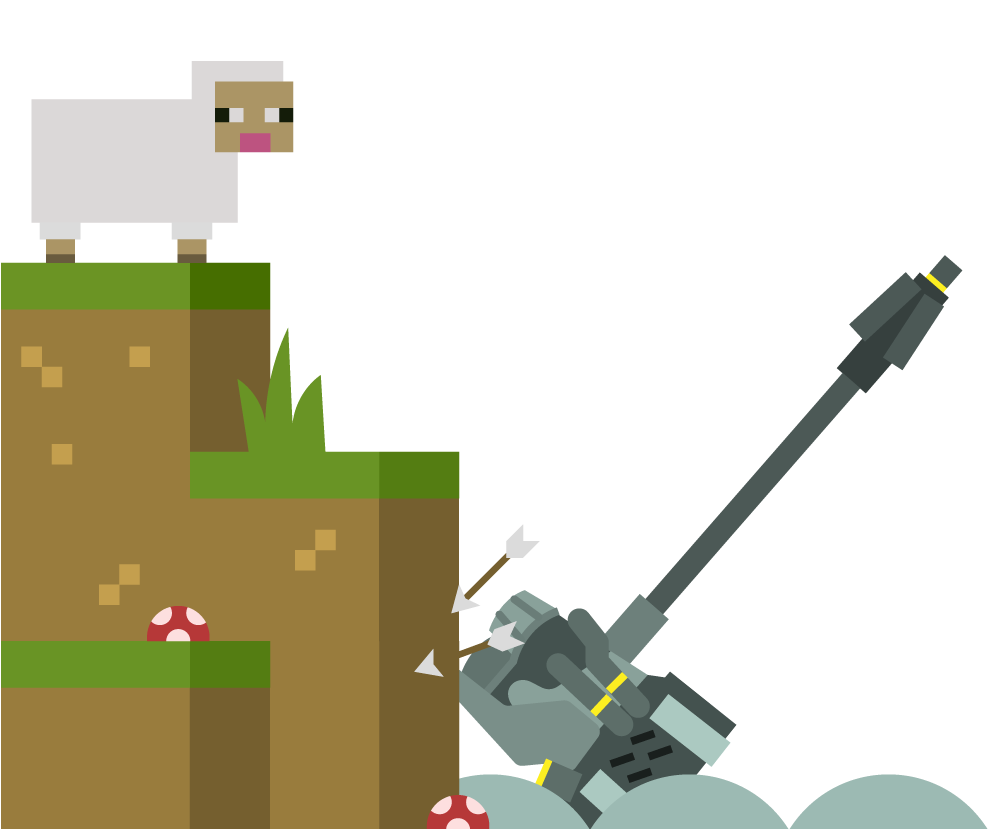 Biomes were used as the basis for the overworld map. By using biomes, it was easier to incorporate video game elements as neatly and contained as possible. Where I placed developers depended on where their best known franchise would fit. For instance, Microsoft/Mojang would be in the meadow, while Blizzard would be in the tundra. 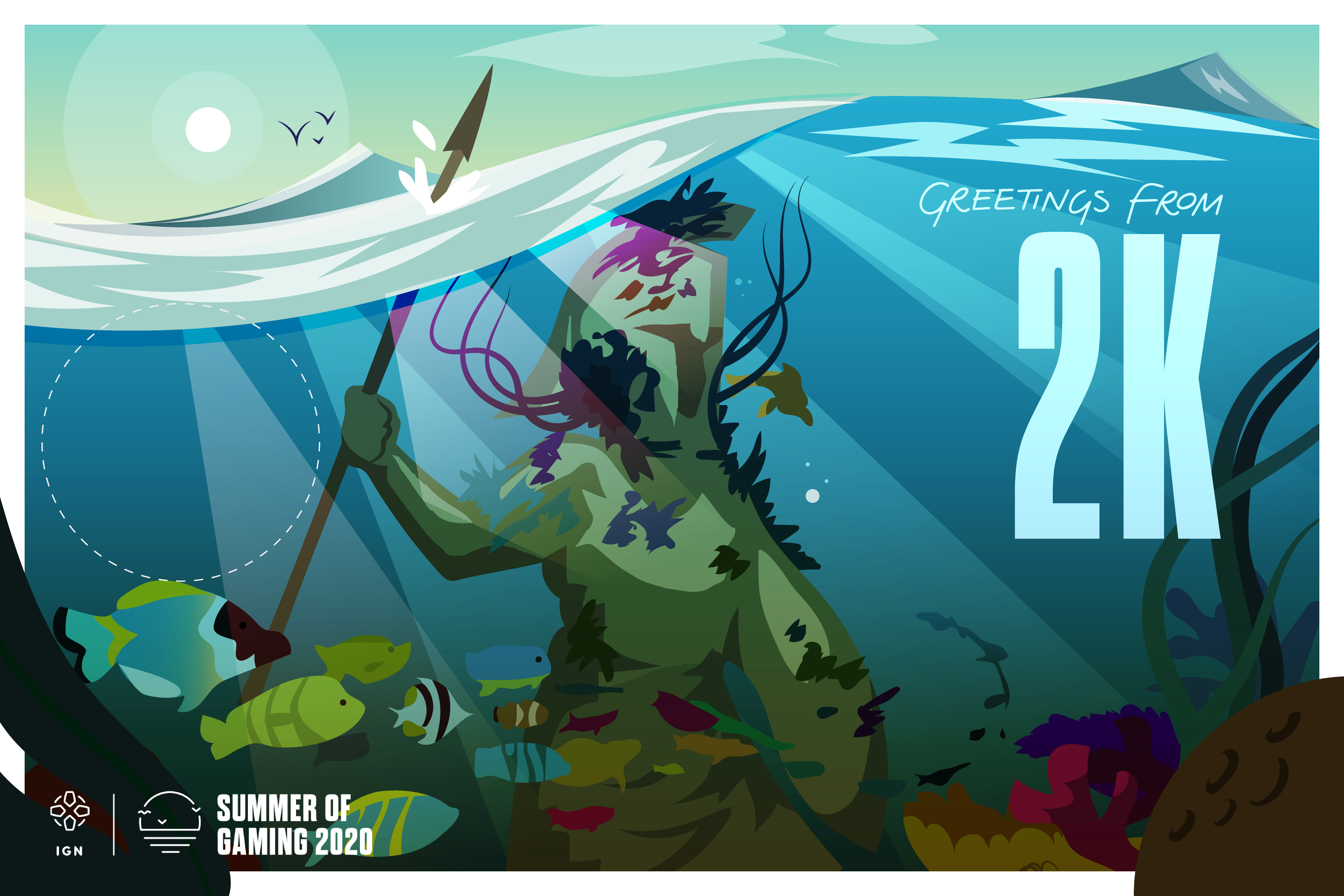 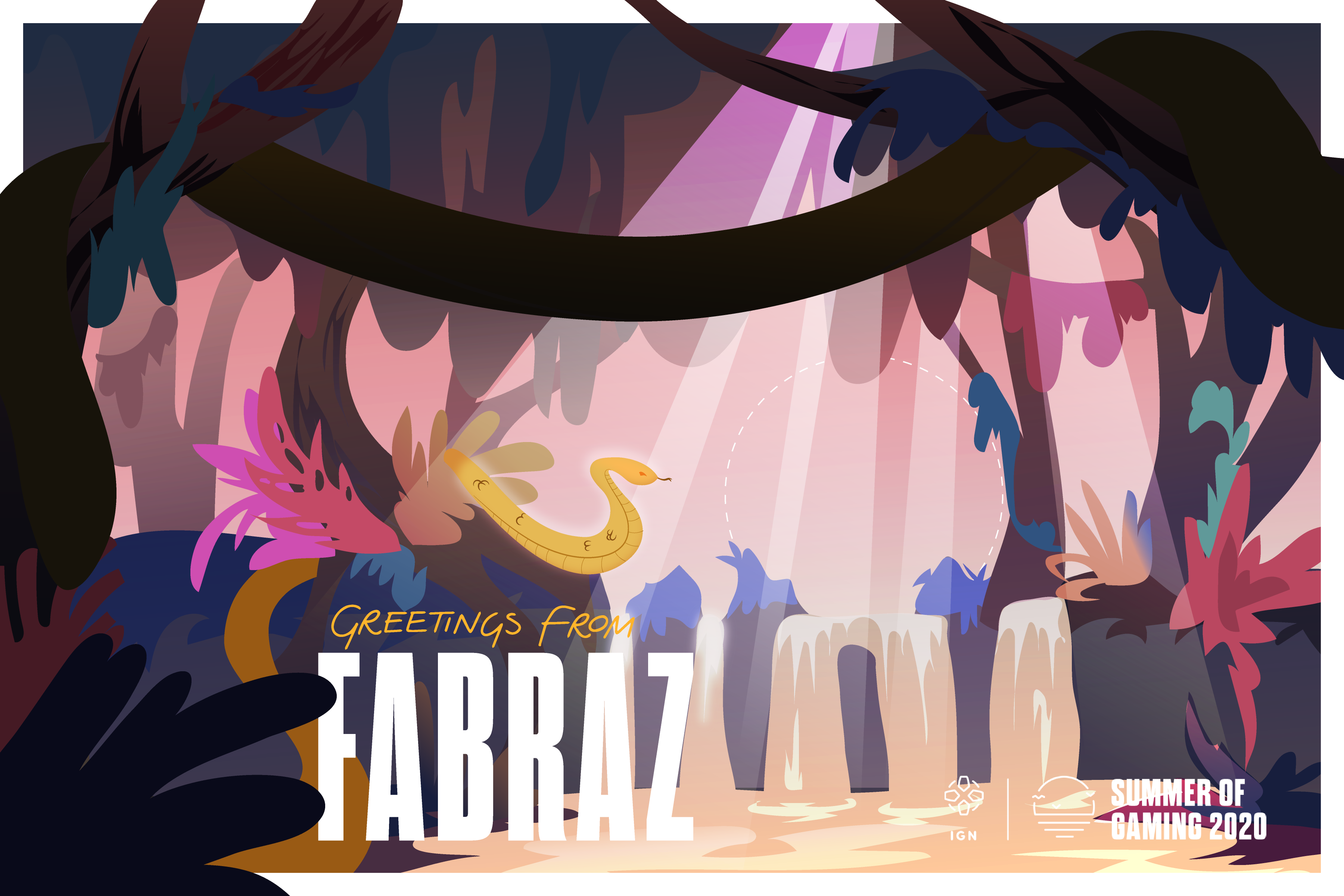 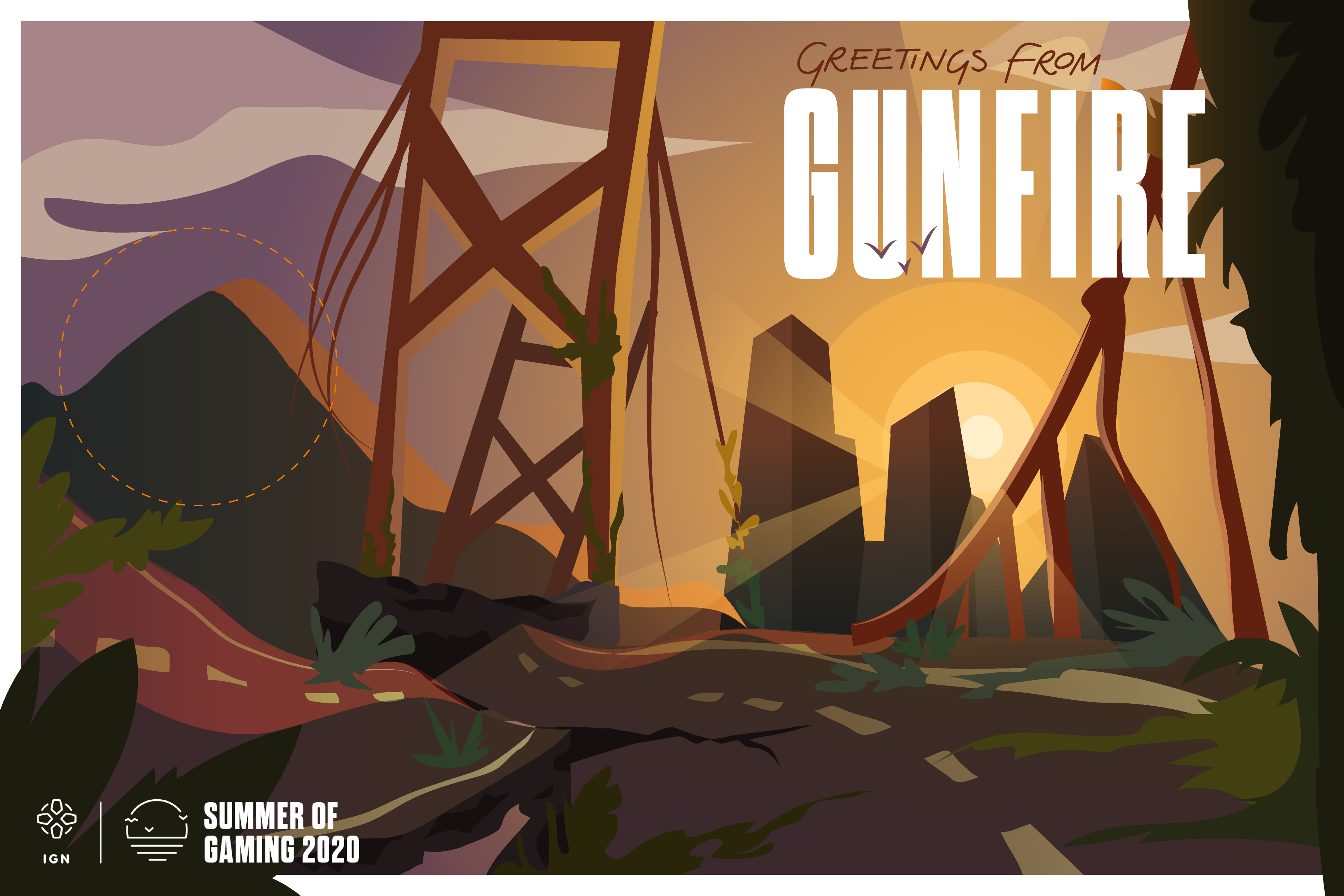 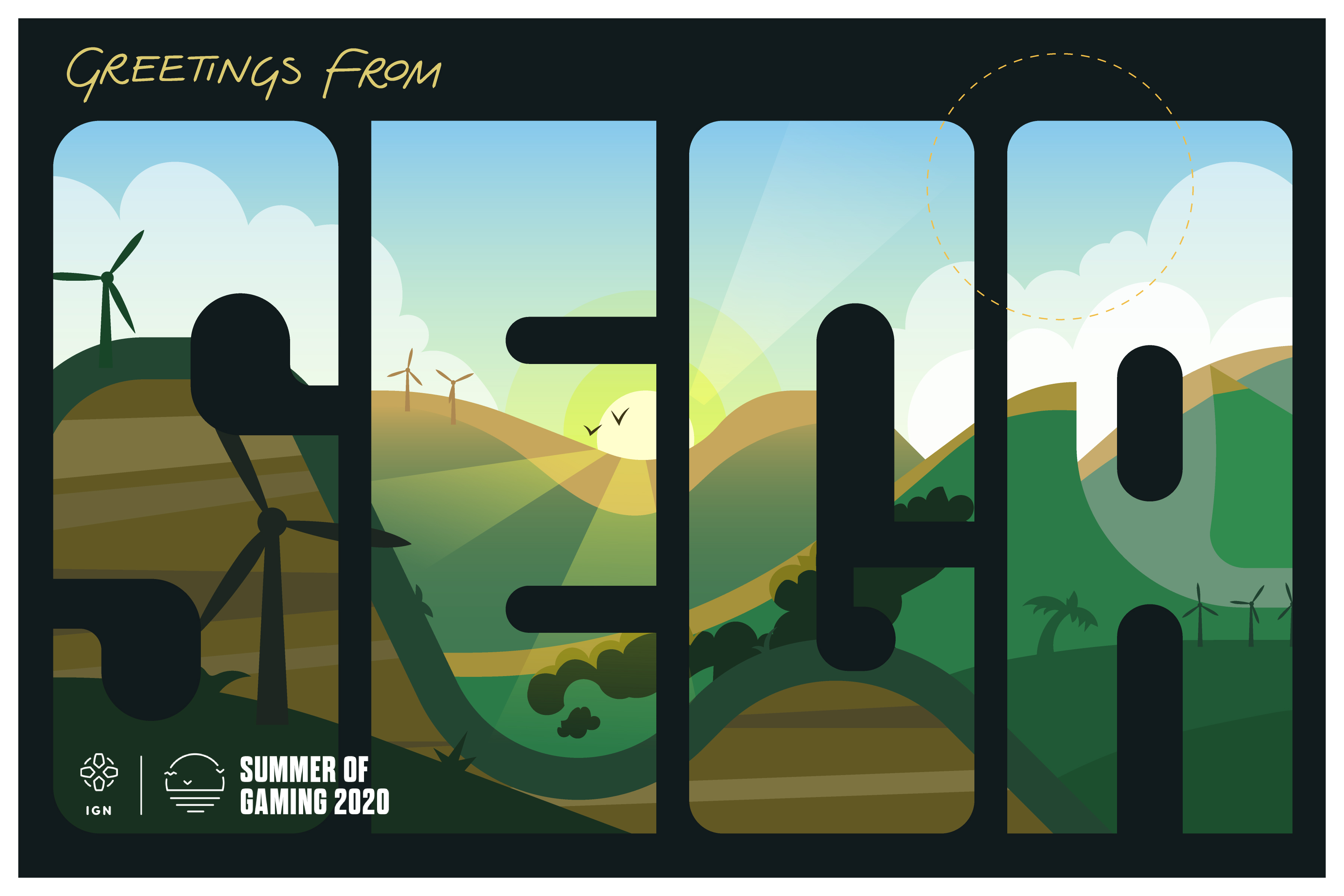 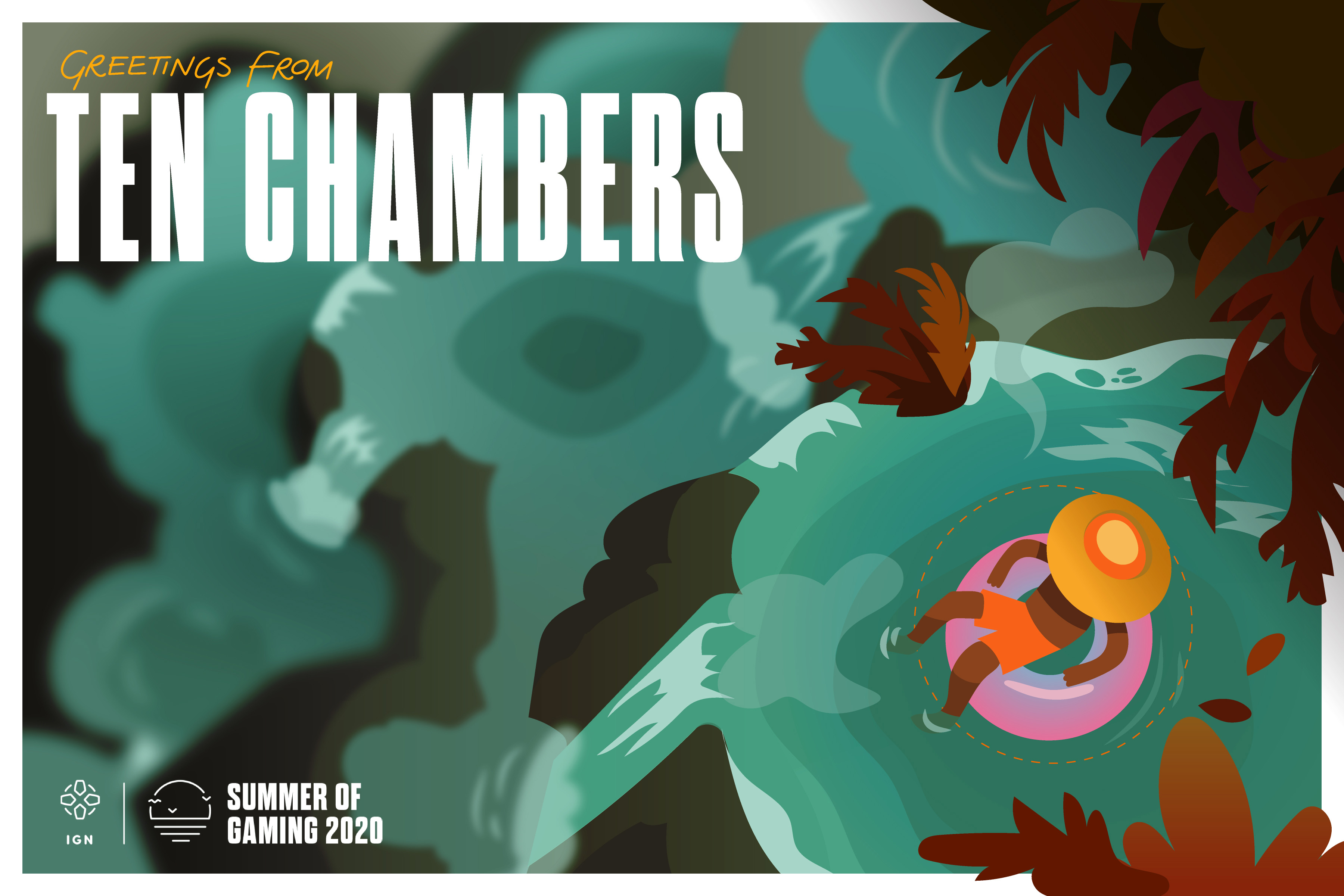 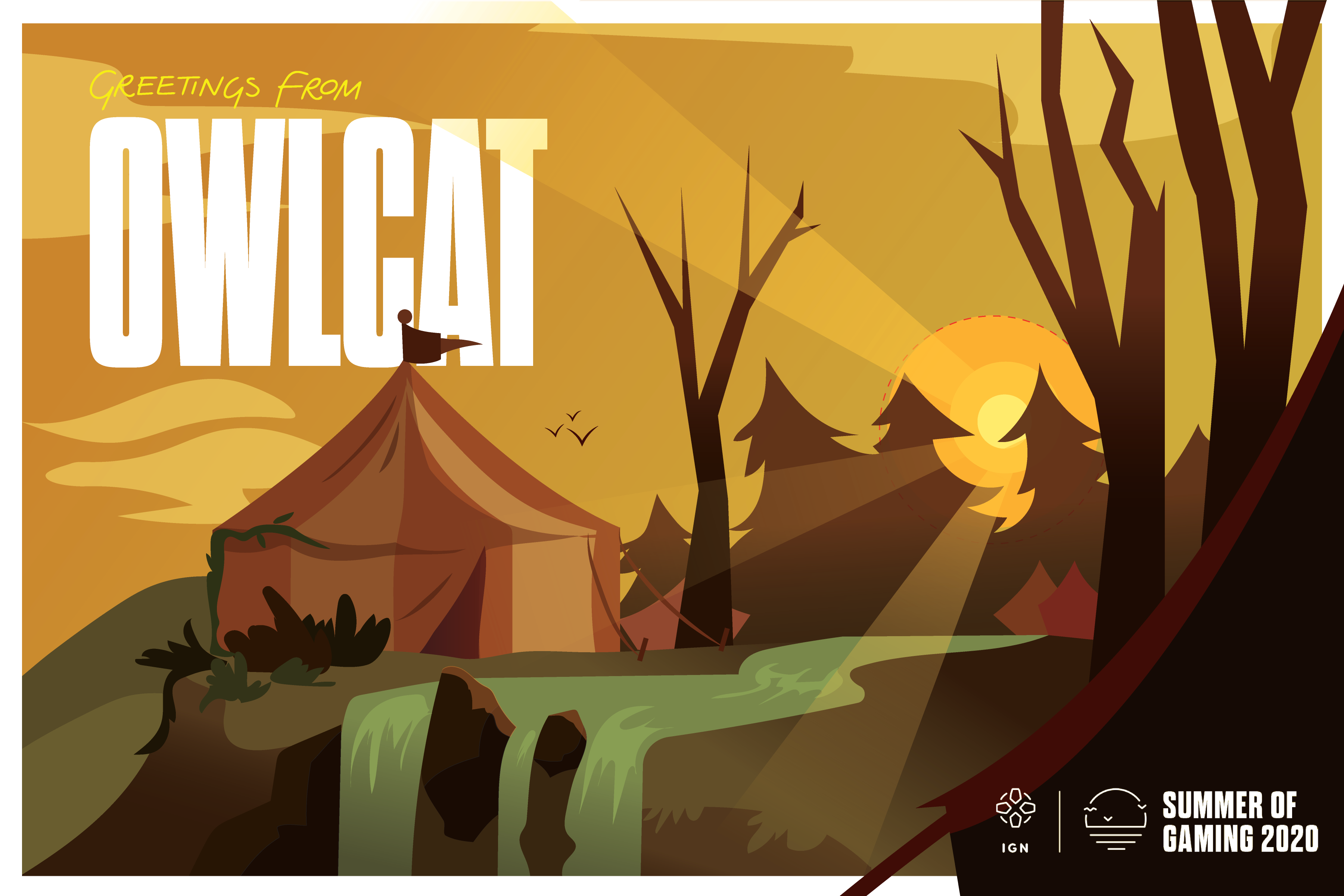 Greetings from summer of gaming

To further explore the theme of travel and adventure, I collaborated with Julia Rago, one of our editorial artists, to create postcards for the S.O.G. partners. We took inspiration from those vintage "Greetings from XYZ" postcards. After "visiting" the destinations, we would stamp the card and move on to the next location. 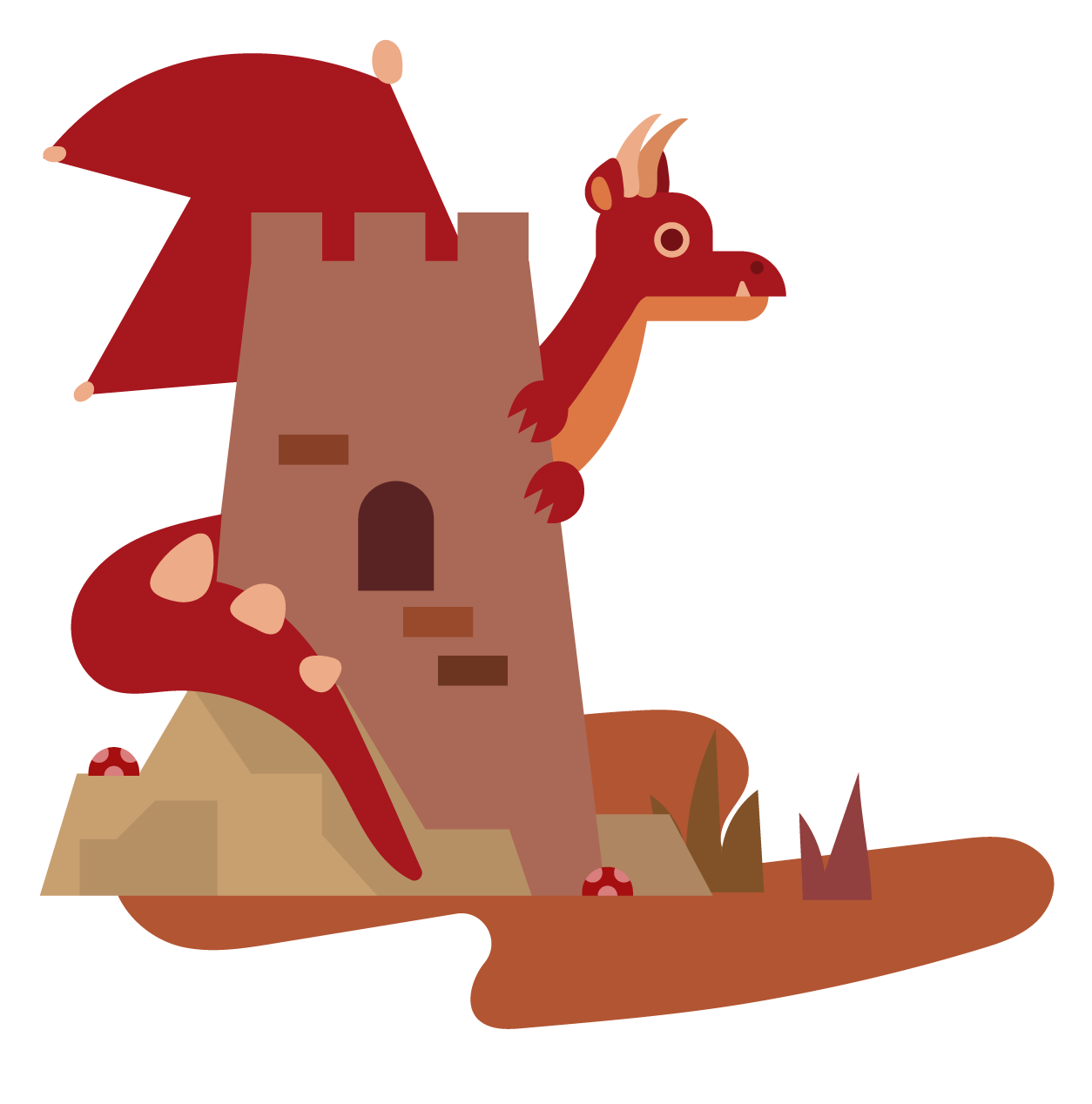 I was able to practice critical thinking, attention to detail, and collaboration to explore all creative options. It truly takes a village to build something of such scale from the ground up. During the project, I worked closely with all aspects of the design team and gained a comprehensive understanding of how the events were planned, created, and executed. As a result, I was able to deliver design assets that were detailed and functional. Seeing the whole IGN staff come together to celebrate gaming in an uncertain time was the most rewarding experience for me.
❮ Merchandise & ApparelBest of 2020 ❯

Made with ♥ and tears by Angela